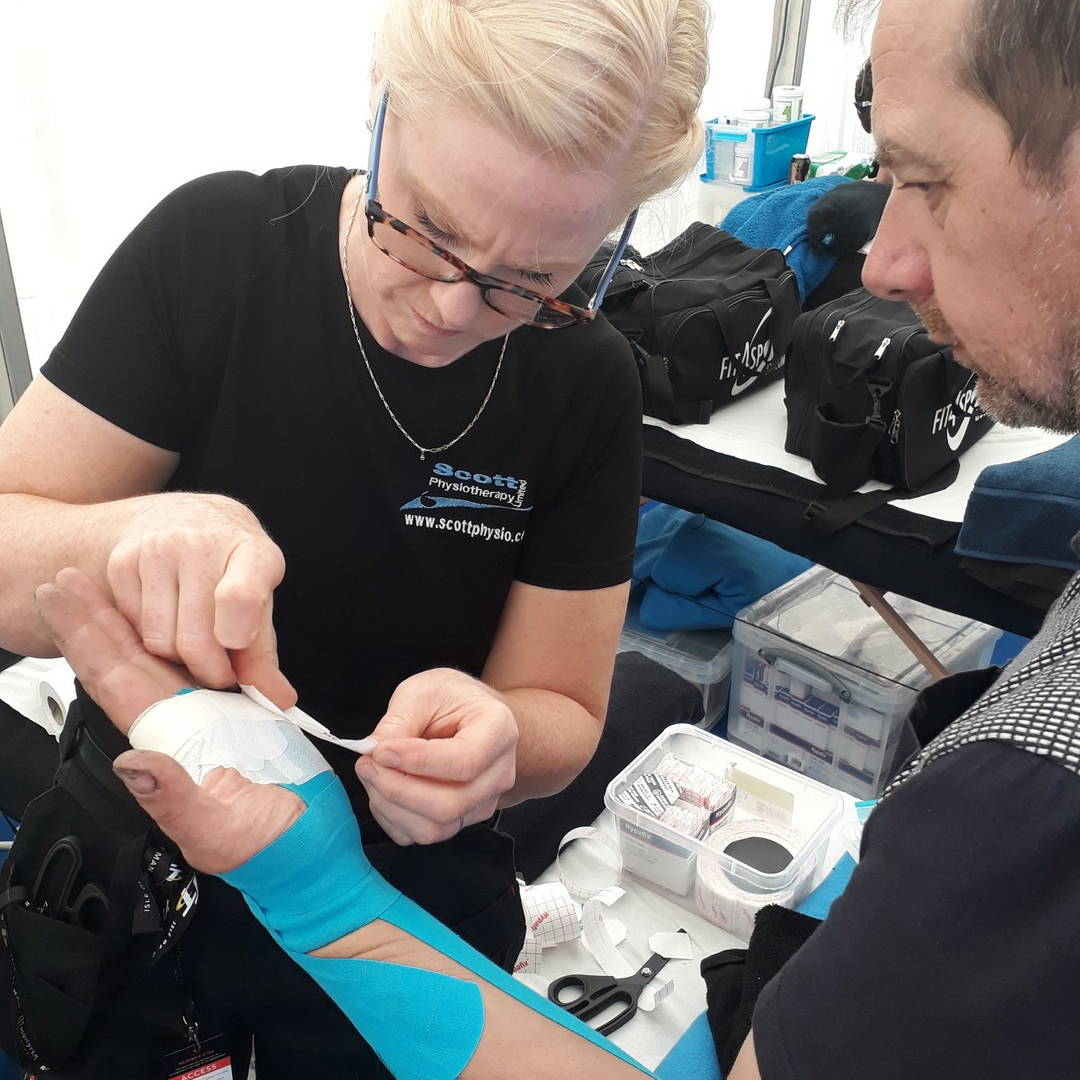 The Scott Physiotherapy team loves to be creative and innovative with taping, using it to solve tricky problems. Many of the issues are N=1 and require bespoke solutions. We seem to get one or two unusual presentations each year, that we haven’t come across before, in which case we work with the riders to come up with a solution, often going to their workshop to see how they move on the bike. This helps to build a bank of knowledge that we develop year on year. 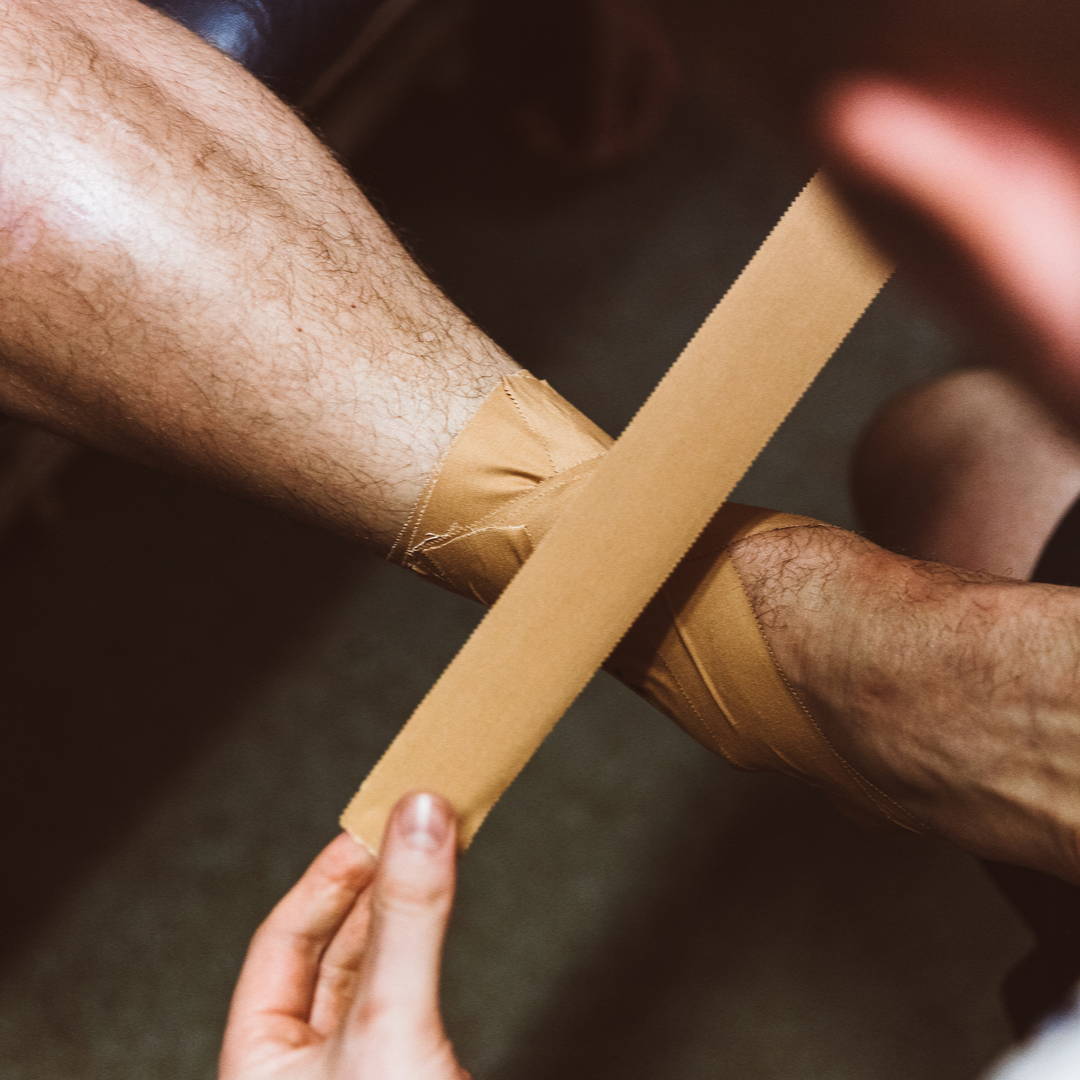 We experimented with the more traditional SPORTTAPE tapes this TT, which proved useful for a run of ankle and foot injuries. One sidecar passenger particularly benefited following a recent fracture; going from thinking he would be a non-starter to finishing on the podium, which was hugely satisfying for the team. Let's take a look at how we handled his case...

The racer had been wearing a removable boot and flagged himself up as having had issues which I then relayed to the race doctor, so we had a very collaborative approach to assessing fitness to race. This was underpinned by the Race Medics discussing his case with his Orthopaedic Consultant also. With serious injuries we always try to involve all of the main players.

A main plus point was the fact that the injured foot was the one that worked comparatively little compared to the right when racing. Each outfit is very different so the only way to assess this was to go down to the awning with the Race Doctor and see the rider moving around, which makes coming up with a solution much harder when the outfit isn’t moving.

Sidecar passenger’s boots are very slim fitting and thin, like slippers so taping cannot be bulky. One of our team has done a lot of football work and ankle strapping, so together we worked to get the support in the right place for him by fiddling around with the tension on the lateral borders of the foot to minimise inversion forces and doing a figure of eight application using EAB on top of a horse shoe locking strip using Zinc Oxide tape. The Squid system was also used throughout the fortnight to keep on top of the inevitable post practice and race soreness which proved very effective. 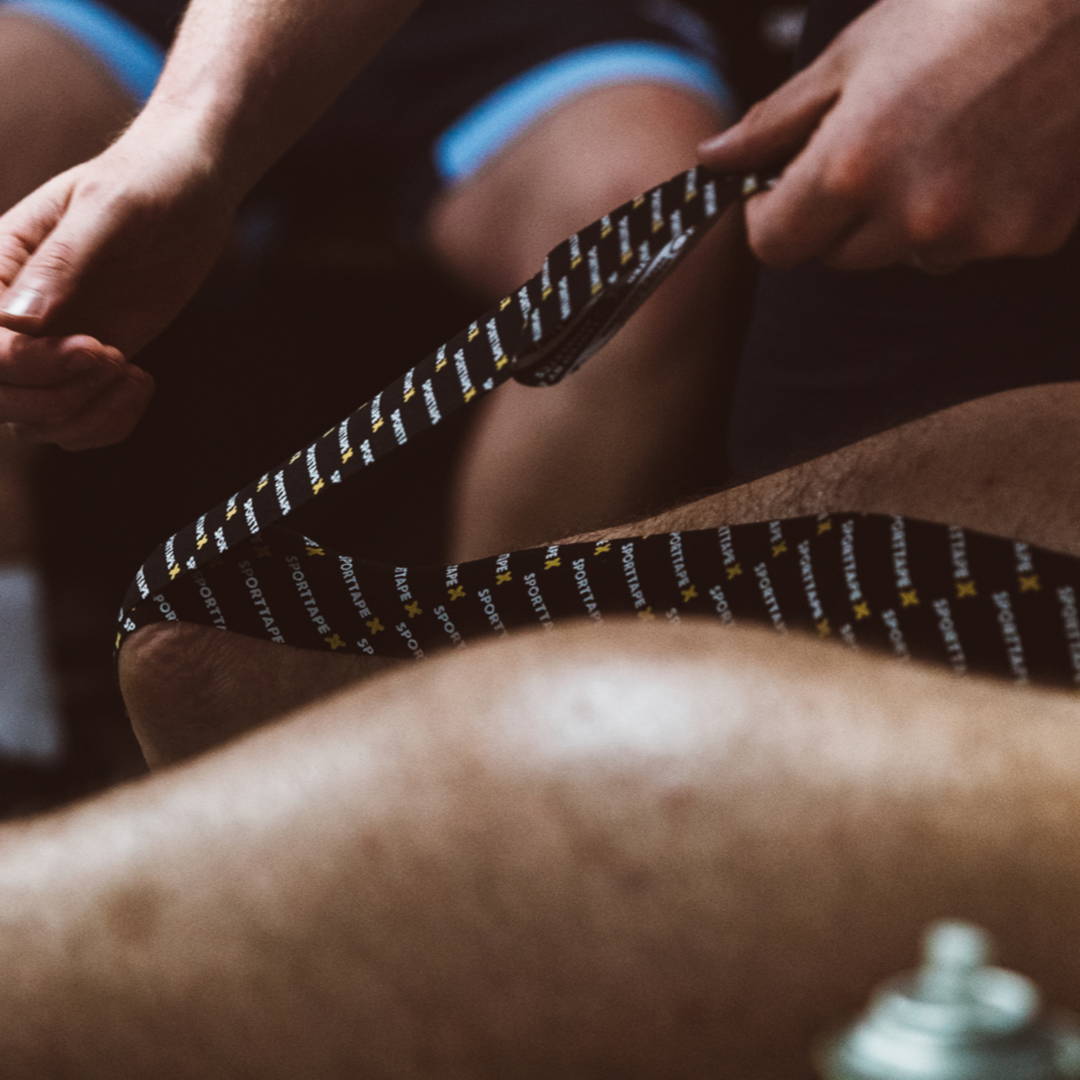 The standout treatment innovation scenario this year was a sidecar passenger who presented with strong, distracting, right lateral leg cramp extending from his hip to lateral knee.

We treated this initially with soft tissue work, checking his back, which worked initially but the issue returned so we had to think again. We sat down as a therapy team with the rider and discussed what might be different between road racing and circuit racing, where he never has this issue. It transpired that the position of the leg was entirely different. When circuit racing, this passenger had a straight right leg, pressing against a small ridge in slight ankle inversion, holding on with his hands close together. On the TT circuit, he had to flex through his hip and knee, tucking down his head and body against the wind whilst side-flexing isometrically for relatively long periods using TFL in a highly unusual way. The result was a Tensor Fascia Lata muscle that wouldn't let go.

We used active release followed by the extra wideSPORTTAPE K Tape, anchoring him distally before giving him a reasonable amount of tension across the hip into the trunk to offload the area. This completely resolved the issue for the rest of the week for him and we applied it for each session. 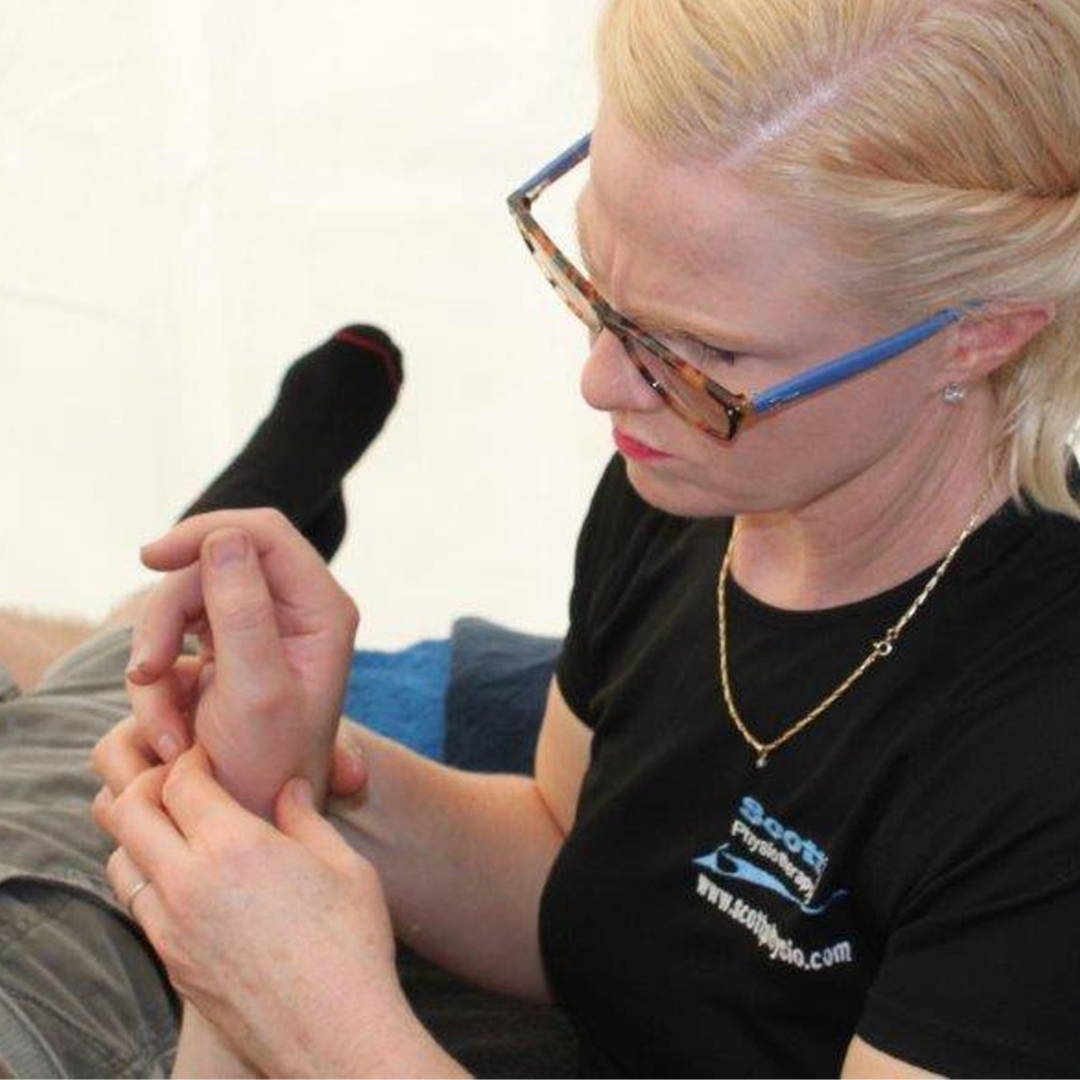 Another issue that we have experimented with before and found good efficacy was the Carpal Tunnel taping. Whilst we like to be prepared, sometimes we have to think on our feet and just get on with solving a problem.

This racer has had compartment pressure testing and was in the pipeline for decompression surgery. He was experiencing intermittent pins and needles in his hands and arm pump, causing cramp and difficulty with grip, which creates all kinds of safety issues. We do not like putting so much tape on around the wrist, especially from from a Medic’s point of view (due to issues with potential restriction and tape removal in any medical situation), but prevention is better than cure so we proceeded. The effect was a well managed situation all race fortnight with minimal symptoms and a happy racer.

The carpal tunnel application uses as combination of our standard Arm Pump taping technique with some extra strips along the forearm and wrist. You can learn how to tape for ARM PUMP HERE.

We also used other modalities including massage, Squid Compression after sessions, the Bodyflow machine and a Massage Gun to loosen him up prior to sessions

CHECK OUT ALL THE TAPES USED IN THIS BLOG

Written by Isla Scott. Owner of Scott Physiotherapy and Lead Physiotherapist for the Isle of Man TT.

Comments will be approved before showing up.